This message is only visible to admins.

Error: An access token is required to request this resource.
Type: OAuthException
SCARICA CICLISMO PER TUTTI 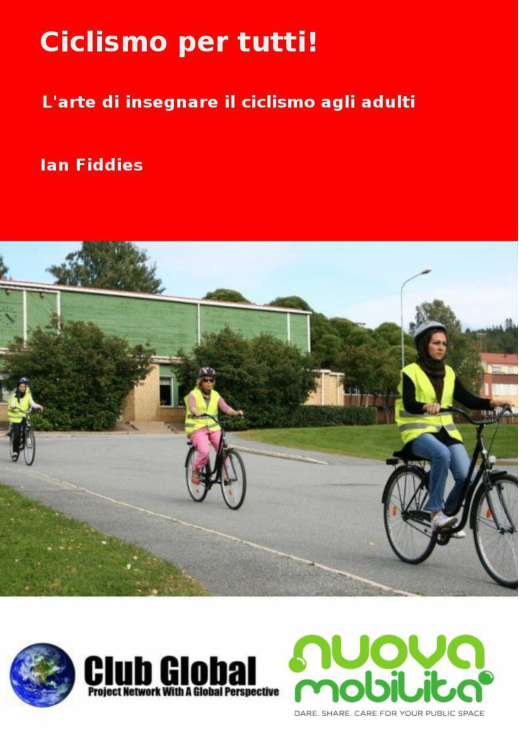 Warning: strpos() expects parameter 1 to be string, array given in /home/nuovamob/public_html/wp-includes/SimplePie/Content/Type/Sniffer.php on line 96

Warning: substr() expects parameter 1 to be string, array given in /home/nuovamob/public_html/wp-includes/SimplePie/Content/Type/Sniffer.php on line 98

Warning: strpos() expects parameter 1 to be string, array given in /home/nuovamob/public_html/wp-includes/SimplePie/Content/Type/Sniffer.php on line 96

Warning: substr() expects parameter 1 to be string, array given in /home/nuovamob/public_html/wp-includes/SimplePie/Content/Type/Sniffer.php on line 98


The report is based on data drawn from a survey of 178 countries. It concludes that something on the order of 1.3 million people are dying in traffic accidents each year, that this number is accelerating, and that anywhere from 20 to 50 million people are injured as a result of traffic crashes. If you check out their five minute video on this page, you will hear them reminding us that these numbers sum to one person being injured in traffic every second, and someone dying — being killed rather is a more accurate way to state it — every thirty seconds. (Keep that image in mind as you work your way down this page.)

Of these totals roughly half (46%) of the victims killed on streets and roads worldwide are pedestrians, cyclists, and riders of motorized two wheelers – the most vulnerable road users.

Dr. Kelly Henning, director of global health programs at Bloomberg Philanthropies, the foundation that has sponsored and paid for the work behind the report, recommends that the answer lies in more laws and better enforcement of them. To this the report adds recommendations for increased use of seatbelts and helmets, along with tougher punishment of drunken drivers.

The point needs to be made that these recommendations are heavily influenced by the fact that over 90% of the world’s fatalities on the roads occur in low-income and middle-income countries, which have only 48% of the world’s registered vehicles. But as we here know both these figures are increasing every year. And we know too, sadly, that the measure currently in place to reverse these trends are altogether inadequate to do the job.

Those are certainly good steps in the right direction if properly conceived and implemented, and certainly golden counsel for the low and middle income countries in which the slaughter is the most tragic. However it will never have the impact which is needed if driving is to be less of a personal tragedy, social menace, and economic catastrophe.

It is our view here at World Streets that we need to dig deeper if we are ever going to get a major reversal of this disastrous trend. One of the authors of the report, Adnan Hyder, Johns Hopkins Bloomberg School of Public Health, gives us a clue when he points out that:

Road safety is an area in which we truly as a global community can say, ‘We are responsible for our future’.

Let’s step back and take a quick look at this from a new mobility perspective and see what that might suggest.

First a reminder as to why people get killed or injured in traffic? Because someone is traveling too fast in a motor vehicle, which is far heavier than the victim and hence less likely to suffer the same level consequences.

and views from many quarters that collectively define the New Mobility Agenda, you will note that our dual focus is (a) to reduce considerably the number of cars, buses and trucks on the road (less traffic but with better mobility), and (b) when it comes to areas in which there are pedestrians and cyclists on or near the road to slow it down dramatically. Less traffic moving slower is certainly the best answer to this part of the old mobility challenge.

The WHO recommendation on this reads: “Decreasing speed is an important way of reducing road traffic injuries, particularly among vulnerable road users (pedestrians, cyclists and motorcyclists). Urban speed limits should not exceed 50 km/h, while local authorities should be able to reduce these where necessary – for example around schools or in residential areas.”

However as is often the case in the complex and highly diverse world in which we live, the ultimate solution is going to be some combination of all of the above. And for sure different combinations and permutations for different places. We at World Streets and our collaborators in different parts of the world look forward to working with all those behind the WHO report in order to see how we might contribute to the process which now needs to be put in place to deal with these issues from the very beginning.

* To obtain a copy of the WHO report, please click here.
* Recent World Streets articles on slowing traffic as a key sustainability strategy:

– Honey, you got to slow down“
– The ShLOW! (Show me How Slow) project
– Slowth: To win the war of new mobility
– Street Code: A World Streets Campaign for 2009
– Safe cycling strategies: Lessons from Europe